We were lucky to get to spend almost six weeks exploring Cape Town, but it was time to move on and across the south Atlantic! On January 8th, my uncle Jim flew in from Houston to join us for the stretch sailing from Cape Town to Saint Helena.

We had hoped to leave Cape Town somewhere around January 9th, but projects delayed us for quite a while.  Once the projects actually got finished, there was a low-pressure system blowing through Cape Town – we read 45 knots of wind in the marina!

January 20th was a day of lighter winds before another system rolled through.  We took the opportunity to clear out and leave.  We would run between a low-pressure system over the continent and a high-pressure system out at sea.  Between the two was a band of lighter are that we could ride north.

I was nervous about departing the marina and passing through the two bridges with the wind still gusting around 20-25 knots, but we made it out just fine at the 1815 bridge opening.

Once we cleared the harbor, we turned towards Saint Helena – and dead downwind.  Since that was facing away from the shore, we didn’t have much swell to deal with and what little waves we had were coming from directly behind us.

By 2200 we had the main up, and by 0200 we had a reef in each sail.  We were averaging over 7 knots, thanks to a favorable wind angle allowing us to reach.

David was very happy because his newly installed hydro-generator (aka one of the projects that stalled us in Cape Town) was cranking out amps like crazy.

In the early hours of January 22nd, we had switched to wing on wing and the waves had gradually built up.  I was surprised how confused and wishy-washy the seas were – I expect it was because we were trying to thread between two systems and were getting a bit squished.

We were surfing down waves a lot, not in a totally uncontrolled way, but we hit a top speed of 20 knots on my watch.

For the next 36 hours, with the confused seas came something we’d never had happen to us before: waves rolled up from our transom into the cockpit, AND waves crashed into the cockpit drain and washed into the main salon.  One was so bad; it was a flood of water covering our entire main salon floor and dripping down the stairs.  I had to clean out the floorboard storage!  We ended up closing the main salon full door to prevent water from coming into the main salon.  We’d never had this issue before so that just goes to show how unusual this sea state was.

Late the 23rd was squally, with rain giving us a quick rinse every so often.  The 24th, winds started to die and we used the calmer conditions to run the watermaker.  Once that was done, we shook out the reef in the main and rolled out the screecher.  Through the next morning, the winds continued to die until we were motoring.  The wave state didn’t calm much, so it got bouncy.

We were doing great – four days in, seasickness was gone, I was puttering around cleaning and cooking.  Uncle Jim had brought us some gourmet treats, including caviar, so the 24th he made an appetizer for us: crackers with guacamole, smoked salmon, and caviar!

Here’s where things took a turn for me.  I had gone to bed with some muscle pain the night before – not uncommon to get kinks in my neck and back from working sails or sitting for too long.  However, on the 25th, when I took my morning shift, I started to deteriorate really fast.  I had chills and body aches, which then moved onto gastro problems.

We were so thankful to have Uncle Jim with us.  I was relieved of all my shifts for a few days.  The Chief Medical Officer (aka me) prescribed ibuprofen to control the fever, juice for some extra vitamins, and lots of water intake to keep up my fluids.  The chills and body aches were gone within a few hours, but I was still feverish and uncomfortable for several days.

I was able to ease into a short morning shift for a while, but it wasn’t until the night of the 30th that I was back to 100% and able to pick up my night shift again.

In the meantime, David and Jim worked hard, switching regularly from a reach to wing on wing and back.  On January 26th, we passed 1000 nm, Uncle Jim’s longest sail ever!

(The Ocean Cruising Club requires it’s members to have completed a passage of 1,000 nm or longer.  Uncle Jim can officially join the club!)

On January 29th at 0745, Starry Horizons passes 001 degrees 10’ W, the longitude of La Rochelle France – we’ve come 360 degrees around the world!  To celebrate, I made deviled eggs with caviar.

Up until the 30th, the sky had been fairly gray the whole time.  Now, finally, the clouds were parting and we were getting some blue sky in the day and stars at night.

Just around sunset on the 31st, we finally got a pod of dolphins to come out and play with us.  The three of us sat on the trampoline and watched the dolphins play in our bow until we got too hungry and had to go inside for dinner.

On February 1st around 1000 hours, we spotted Saint Helena’s rugged outline on the horizon.  When we were about 15 nm out, we called Saint Helena Radio on channel 16.  They took our information down and told us to call back one mile out.  We had two other boats behind us – one we could see flying their big yellow spinnaker, and one beyond them.  At this point, we were motoring with light winds directly behind us.

When we called Saint Helena Radio back, we were told to pick up any orange mooring and hail port control on channel 14.  Using the VHF, we coordinated taking the ferry service in at 1700 to clear our formalities. 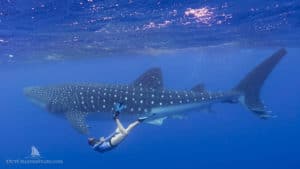 Saint Helena: A South Atlantic Exploration
We use cookies to ensure that we give you the best experience on our website. If you continue to use this site we will assume that you are happy with it.OkPrivacy policy