Sailing the West Coast of Malaysia: the Malacca Strait

After having such a great time in Singapore, we set our sights on our next hurdle: sailing the west coast of Malaysia.

Clearing Into Malaysia in Puteri

After clearing out of One15 Marina in Singapore we motored 31 nm around the west side of Singapore and into Puteri Harbour Marina. As usual, passing under the 25-meter bridge was nerve-wracking, even though our 22m mast should have plenty of room. It always looks closer than it is, but our friends on Sail on Sailor with a 25m mast also made it in just fine.

Many of our friends from the Wonderful Sail 2 Indonesia Rally were here to join the Sail Malaysia Rally. The rally events had already past, so boats were starting to filter out, but our friends on Slow Flight and Mirniy Okean were there, plus many others.

We anchored in the small bay in the marina and dinghied to the dock to clear in. We were told that we had to move to a slip. Anchoring is only allowed when the marina is full, and since a few rally boats had left already, there was room for us.

Also, we could not clear in as it was too late in the day. That was a bummer, as we had left Singapore as soon as the fuel dock opened and we had topped off. We were hoping to clear into Malaysia that day and then take off early the next morning to head north and take advantage of light winds.

Instead, we stayed the night and cleared in the next morning. Puteri Harbour Marina arranged for transportation for us to the ferry terminal, just a 2-minute drive away. We had already filled out the paperwork and Puteri Harbour Marina had filed it for us, so our only stop was immigration where we had our passport stamped and our fingerprints scanned.

Cruising the West Coast of Malaysia

We didn’t make any stops between Puteri and Langkawi. I think we most regret not stopping in Penang.

Due to the difficulties of sailing at night (addressed in the next section), most people opt to day hop up the coast. Here are anchorages on the west coast of Malaysia that make for shorter day hops:

That’s 8 days of sailing to get up the west coast. It’s unlikely the wind will hold out for long enough, so be prepared to stop and check out a few places or to sail overnight. For more information look at the Sail Malaysia Rally Cruising Guide and the Southeast Asia Pilot.

If you plan on stopping in Penang, join the Ahoy Penang group on Facebook.  For Langkawi, the Langkawi Anchorage Cruising Map is helpful.  As always, the Hacking family has a good report on cruising Malaysia, even if it’s a bit old.

Sailing up the Malacca Strait

Ok, well, we didn’t actually sail up the Malacca Strait. Instead, we spent three nights motoring 419 nm up the coast of Western Malaysia. Why? Number one: we had guests coming to visit us in Langkawi. Number two: the forecast for the wind was very calm for a few days, but after that the winds were going to turn and blow from the north, making it impossible to get up the coast.

Many people post that they are worried about sailing up the west coast of Malaysia at night. There are a few big issues, primarily fishing devices that are impossible to avoid at night. We stayed on the very edge of the shipping channel, keeping us out of the way of most shipping traffic, but hopefully in a section of water that didn’t have nets or traps. This seemed to work, as we didn’t have any issues.

Ocean trash continues to be a massive problem. We did have to clear plastic from our port prop once.

While we were motoring along, we often had an alarm go off – a SART on our AIS. At first, we were concerned. A SART alarm is a distress beacon. However, the beacon was going off quite a distance from us and there were tons of boats around and closer to the signal, so we didn’t take any action. Yeah…local fishermen use SART signals to mark their traps. This is INSANE. We had SART alarms going off all the time! How is anyone going to know when there’s a true emergency??? Furthermore, we use our AIS as an anchor alarm, and occasionally while anchored in Langkawi, there was a SART alarm triggered. SO FRUSTRATING.

The weather has the potential to be problematic. We did see a lot of lightening (mostly heat lightning) and even a small water spout.

We rode a following current the entire time, sometimes getting as much as 2 knots of a push.

It turns out, my cousin Sarah wasn’t the only hitchhiker we had aboard – we discovered a gecko living on Starry Horizons! We only saw him occasionally on the passage. Later, in Langkawi, we found him on the floor of our head looking very emancipated. I consulted with Behan from Sailing Totem, who had a pet gecko onboard for years. I tried to feed Mr Gecko (even David got on board with trying to keep a pet gecko!) but a few days later we found him dead. RIP Mr Gecko.

Clearing out of Malaysia in Langkawi

We enjoyed cruising Langkawi, the best cruising destination in western Malaysia. The Langkawi night markets were a blast and the SkyCab and Eagle Square were very memorable as well.

Formalities in Southeast Asian countries are typically confusing and bureaucratic messes. We cleared out in Kuah, but discovered that no one in Puteri, where we cleared in, told us that we needed to perform domestic formalities; meaning that every time we moved to another Malaysian state, we needed to clear out of the state we were leaving and into the new state, at least with the Harbourmaster. Now, this IS our mistake, because Noonsite does say that cruisers need to check in when they go from the mainland to a duty-free island, although they don’t specifically say Langkawi.

So, since we didn’t clear in with the Harbourmaster when we arrived into Langkawi, we got in “trouble”. Thankfully the lady was very nice about it, and we just filled out the in paperwork the same day we filled out the out paperwork.

Please note that Noonsite also states that some people are having to clear in and out with Immigrations at every state as well. We did not experience that.

Additionally, there were signs posted detailing the clear out process, but the sign on the door to the Harbourmasters office was slightly different from the sign at the Immigrations office, and neither sign correctly followed what we were told to do. We went Harbourmaster -> Customs -> Immigration -> Quarantine -> Immigration.

After clearing out of Malaysia, we stopped back at the Pulau Paku anchorage for one night before heading over to Thailand. We continued to have difficulties with formalities there! 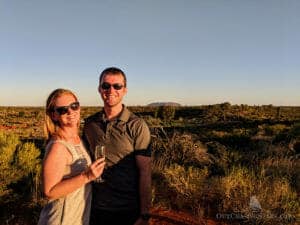 Top 5 Best of 2018
We use cookies to ensure that we give you the best experience on our website. If you continue to use this site we will assume that you are happy with it.OkPrivacy policy